August 15th Should Be a National Holiday

One hundred years ago today, Julia Carolyn McWilliams was born in Pasadena, CA. As a California man, born and bred, I am terribly proud to share my home state with the woman who became Julia Child. While I would imagine that anyone reading this blog would have a working knowledge of her life-biographies and memoirs exist, and her formative years as a culinary icon in France have been wonderfully chronicled by the great Meryl Streep and the late and lamented Nora Ephron-it is worth my time to compose a brief history lesson regarding this American icon.

Dorothy’s even taller than Julia, a veritable Amazon!

Julia was the eldest of three children, and I do not think that anyone would argue with me when I state that her conservative upbringing chafed upon her. After graduating from Smith College, the 6’2″ Julia (we share the same height) performed desultory copyright work only to be interrupted by the Second World War.

Julia was too tall to enlist in either the WACs or the WAVEs, so she presented herself to the OSS, and she was stationed in Ceylon, where she met Paul Child. 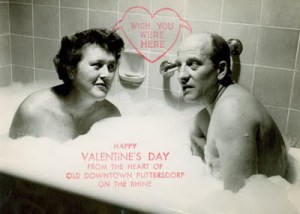 He was the love of her life, and they were married in 1946. Julia’s father did not approve. They were in a minor car accident on the way to Paul’s brother’s home and were married in bandages and casts. Early in the marriage, Julia was not a comfortable chef, and heavily relied on The Joy of Cooking, one of the only cookbooks available at the time. 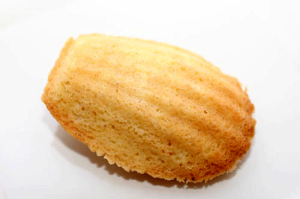 so in that moment all the flowers in our garden and in M. Swann’s park, and the water-lilies on the Vivonne and the good folk of the village and their little dwellings and the parish church and the whole of Combray and its surroundings, taking shape and solidity, sprang into being, town and gardens alike, from my cup of tea.

Paul was assigned to Paris as part of the USFS in 1948, and Julia’s first meal in France was of an import comparable to a Proustian Madeleine. Julia, of course, has baked the Madeleine; I have no doubt that Marcel would approve. Julia’s love affair with France and the French had begun, and it remained with her for the rest of her life. 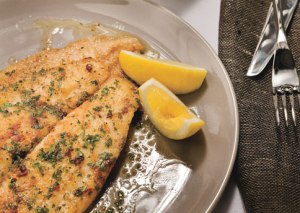 “The flesh of the sole was delicate, with a light but distinct taste of the ocean that blended perfectly with the browned butter. I chewed slowly and swallowed. It was a morsel of perfection.”

Julie & Julia will tell you what you need to know about the years leading up to the publication of Mastering the Art of French Cooking, her groundbreaking collaboration with Simone Beck and Louisette Bertholle. When it was published after 10 years of writing, revisions, and searching for a publisher, the book was a great success. But a different technology catapulted her to international fame.

In 1962, Julia-who had no tv-promoted The Book on WGBH, Boston’s public television station, where she did a few food demonstrations and, not surprisingly, charmed everyone who saw her.

She was asked to create a 13 episode series, and upon The French Chef’s airing, a food revolution began in America.

No, people did not dump tea into Boston Harbor, they went in search of omelet pans and mandolins and rolling pins of a reasonable length. Chuck Williams attributes the success of Williams-Sonoma to Julia’s time on television.

Julia filmed 2 seasons of The French Chef, and went on to create Julia Child and Company, In Julia’s Kitchen With Master Chefs, and her final and arguably, most endearing, show Julia & Jacques Cooking at Home, where Julia and Jacques Pepin perform in the kitchen like an adoring and functional George and Martha.

She published a second volume of Mastering…, companion books to her television shows, From Julia Child’s Kitchen, Julia’s Kitchen Wisdom, and the tome The Way to Cook, published in conjunction with a video series of the same name.

Though she had some health problems in her later life, Julia remained both publicly and privately active.

Her beloved Paul died in 1994, and Julia followed him in 2004, 2 days before her 92nd birthday. She once attributed her longevity to “gin and beef”, taken in moderation, and her life was a moderate feast: movable and reasonable, she gave us half a decade of pleasurable education. She told us that it’s ok to make a mistake in the kitchen and showed us how to mask those mistakes. She is the epitome of a life beginning again at middle age. She is truly la grande dame of American culinary letters, there has never been, and there will never be, anyone like her.

Appetite for Life, by Noel Riley Fitch, is a comprehensive biography of Julia. My Life in France is Julia’s posthumously published memoir, and is perfectly charming. I would recommend either. But why not have a Juliapalooza and pick up Dearie: The Remarkable Life of Julia Child, by Bob Spitz, a well reviewed biography published in conjunction with the centennial. You just can’t get too much of Julia.

Being timid and meek like Dorothy Gale, I have surprised myself by starting this blog. But a few people have suggested I do so, so there it is. I love to eat and I love to drink, so although this blog could be about almost anything I choose to type, there's likely to be a lot about what you put in your mouth. Why the title? Anyone who knows me knows my reverence for Julia Child. I don't think it's hyperbolic to say that our country's interest in the culinary arts would be all but non-existent but for Her. I would not attempt to count the number of people who have cited Her influence in their lives and careers. What Atticus Finch is to lawyers, Julia Child is to the cook, be s/he servantless or professional. Honesty demands me to say that it is not simply Her advocacy of GOOD FOOD that has immortalized her; She had the happy circumstance of coming into her own at a time when media was in her favour. We can all be thankful for that. I would name Julia Child as the patron saint of second starts, but I'm a happy heretic. Julia's dogma goes beyond the kitchen: She has famously stated that "[y]ou've got to have the courage of your convictions..." Her statement applies as equally to any part of one's life as it does to flipping a potato gallette. I will conclude by noting I have my own personal trinity of Js--Julia, Judy Garland, and Joanna Rowling. Please refer back to that part about my being a happy heretic.
View all posts by What would Julia do? →
This entry was posted in Uncategorized and tagged Americans and Food, Cook, France, French Chef, Julia Child, Julia's Centennial, Mastering the Art of French Cooking, Nora Ephron, Paul Child, PBS, perfectly delicious. Bookmark the permalink.

1 Response to August 15th Should Be a National Holiday