Born to be a sissy, the Cowardly Lion is probably more of a “bear” in today’s gay nomenclature. He’d certainly be at the top of the list for anyone with a furries and/or plushies fetish. Not even Dorothy enjoyed her Emerald City makeover as much as the Lion. He’s truly the “Queen” of the Forest. He got a permanent just for the occasion. And he wears his pretty red hair ribbon the rest of the movie.

Outside of those Star Wars fans who have a Vader-complex, the sextology wouldn’t really seem to have a gay subtext, but it does. 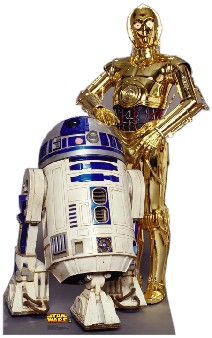 Though their presence in all 6 films might bequest them a Nick and Nora kind of relationship, their banter is so acerbic and dysfunctional, that they’re clearly the George and Martha of a long time ago in a galaxy far away. 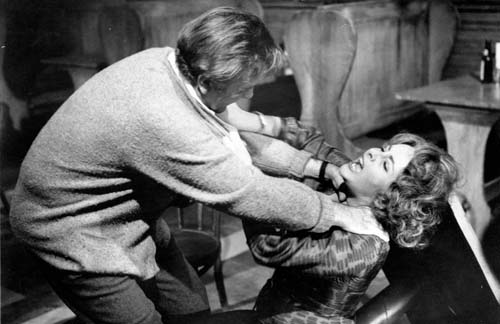 One can only imagine the intergalactic evening of fun and games in store for Han and Leia, should they be roped in. Not even a Wookie could save them.

It would be a cheap shot to out E.T.’s cross dressing proclivities… 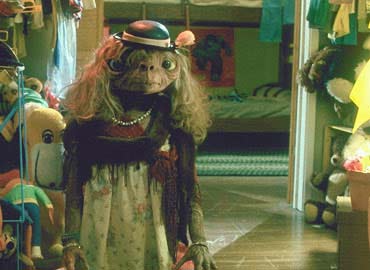 … but if you choose to call a shark Bruce…

Does this fin make me look fat?

Being timid and meek like Dorothy Gale, I have surprised myself by starting this blog. But a few people have suggested I do so, so there it is. I love to eat and I love to drink, so although this blog could be about almost anything I choose to type, there's likely to be a lot about what you put in your mouth. Why the title? Anyone who knows me knows my reverence for Julia Child. I don't think it's hyperbolic to say that our country's interest in the culinary arts would be all but non-existent but for Her. I would not attempt to count the number of people who have cited Her influence in their lives and careers. What Atticus Finch is to lawyers, Julia Child is to the cook, be s/he servantless or professional. Honesty demands me to say that it is not simply Her advocacy of GOOD FOOD that has immortalized her; She had the happy circumstance of coming into her own at a time when media was in her favour. We can all be thankful for that. I would name Julia Child as the patron saint of second starts, but I'm a happy heretic. Julia's dogma goes beyond the kitchen: She has famously stated that "[y]ou've got to have the courage of your convictions..." Her statement applies as equally to any part of one's life as it does to flipping a potato gallette. I will conclude by noting I have my own personal trinity of Js--Julia, Judy Garland, and Joanna Rowling. Please refer back to that part about my being a happy heretic.
View all posts by What would Julia do? →
This entry was posted in Uncategorized and tagged Bert Lahr, Cowardly Lion, Dorothy Gale, E.T. the Extraterrestrial, Emerald City, entertainment, gay, Hollywood, Jaws, Judy Garland, Spielberg, Star Wars, Who's Afraid of Virginia Woolf, Wizard of Oz. Bookmark the permalink.